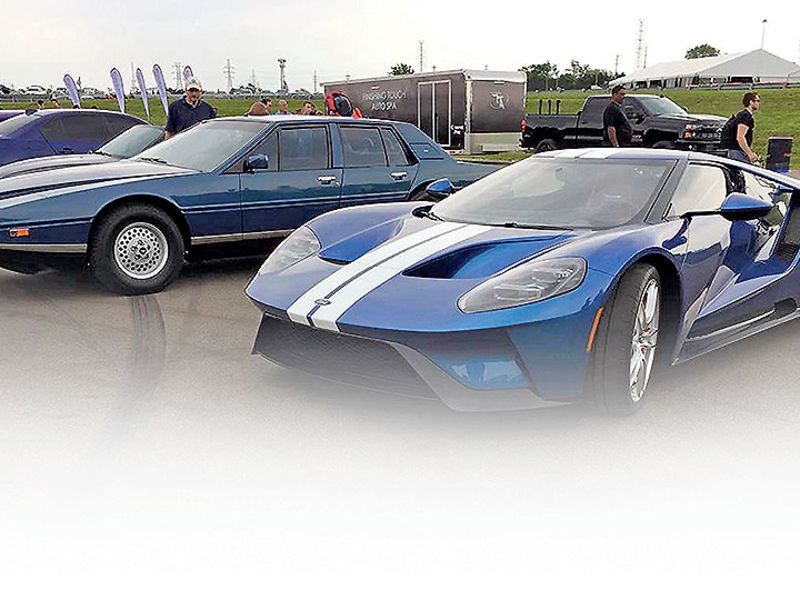 DETROIT — An auto show is coming to suburban Detroit this week. You can expect it to be more like an amusement park for cars than the familiar indoor format that has defined Detroit’s primary auto show for decades.

The new event, called Motor Bella and scheduled for Sept. 21-26, is not a replacement of the North American International Auto Show, organizers are quick to point out. But it is very much a pilot for auto show 2.0 — experiential, outdoors and more than just static vehicle displays.

Test-riding opportunities will be center stage during the event, spread across 87 acres at the M1 Concourse racetrack in Pontiac, about 25 miles north of Detroit, said Rod Alberts, executive director of the Detroit Auto Dealers Association. His group produces the NAIAS and is also putting on Motor Bella.

Around 350 different vehicles will be on-site throughout the event. The main track will be used to whip people around in performance cars and electric vehicles. A second, off-road track will be devoted exclusively to Jeep and Ram rides.

Ford, Lincoln, Toyota and General Motors and some suppliers will hold press previews. In all, some 35 brands will have vehicles on display — some courtesy of the automakers themselves, others via dealerships.

The event is targeted at consumers, car enthusiasts and the media but is also being marketed as a family festival.

About 25 local food trucks are expected to be on-site, Alberts said. The Parade Co. of Detroit helped develop a kids zone and other entertainment areas.

Motor Bella was never meant to replace the NAIAS, but rather to serve as an experimental template for what Detroit’s new show could be and needs to be to stay relevant.

The NAIAS had been losing influence before scheduling changes and COVID-19 idled it for the past nearly three years. In 2018, Alberts announced a switch to a June schedule for 2020 to allow for outdoor displays and expand the reach of the show beyond its convention hall home.

“Shows were changing before the pandemic. That accelerated additional change,” Alberts said. “What I’m looking at after doing this for 30 years is adjusting to the current consumer. I would say this is the beginning of what probably millennials and other people want to see.”

Alberts confirmed that the association is targeting September 2022 to return to Detroit for the NAIAS with an indoor-outdoor format at the TCF Center and other areas throughout downtown. The outcome of Motor Bella will influence how that takes shape, just as the Motor City Car Crawl in Detroit in August tested the waters for a hybrid show next summer.

“It was just the excitement of people getting out and socializing again,” Alberts said of the four-day event, which drew more than 40,000 people to six public parks downtown. “It was a good test run for the future of downtown events.”

The Michigan Economic Development Corp., one of Motor Bella’s sponsors, will host AutoMobili-D. It will feature 80 startups and tech companies showing off the latest in mobility technology, including drones and autonomous vehicles.

Alberts said the fate of Motor Bella beyond 2021 is up in the air, but the Pontiac event is not necessarily a one-off.

“There’s no reason we can’t put on more than one event,” he said.