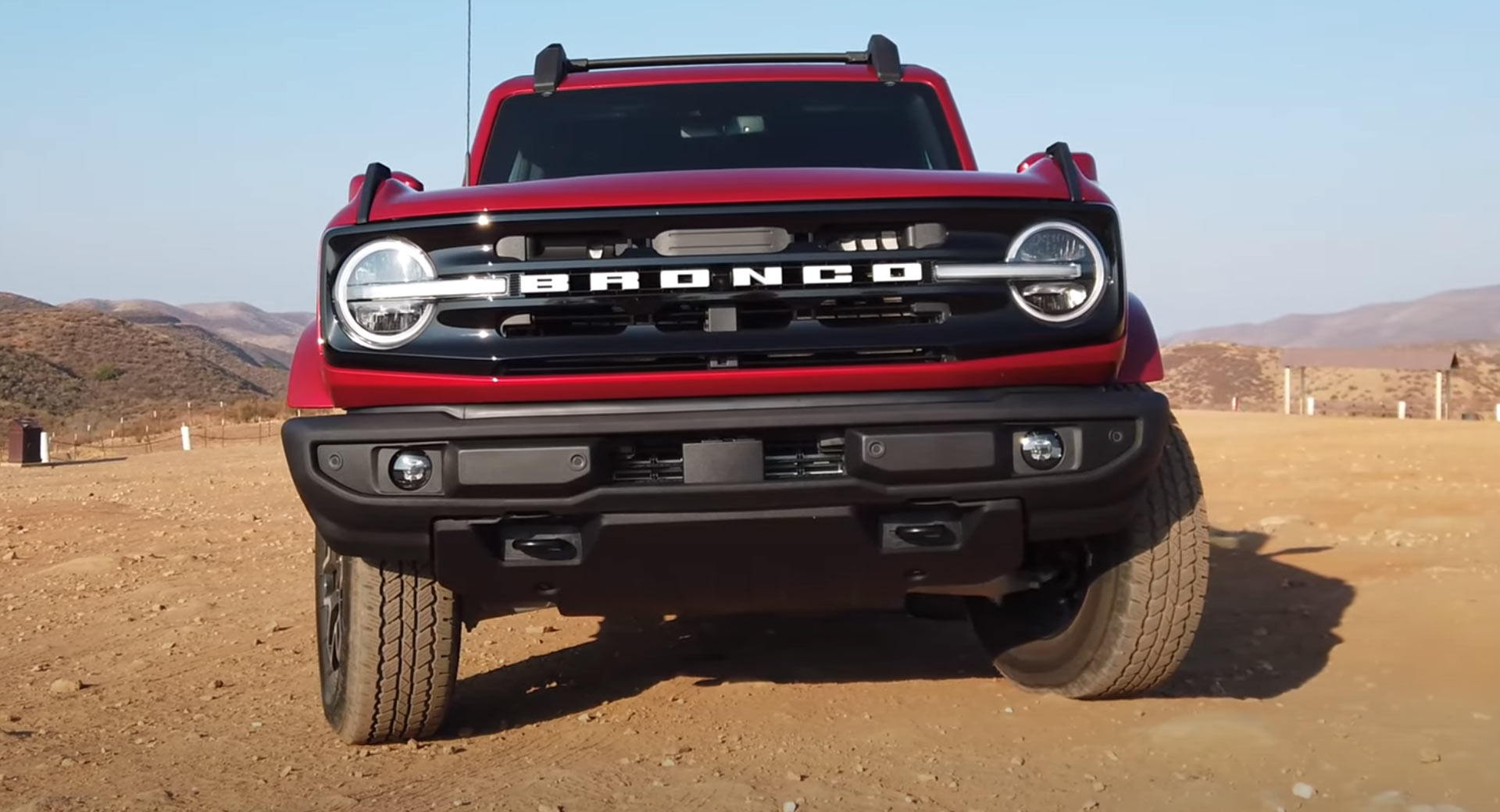 A couple of days after Matt Farah tested the new Ford Bronco Outer Banks through some canyons near Los Angeles, he has now put it through its paces along a challenging off-road trail. Unsurprisingly, it performed very well.

The Bronco Outer Banks is a mid-level variant of Ford’s SUV and the test car tested was fitted with street-focused 17-inch wheels and tires. It was also not equipped with the available Sasquatch package that adds things like 35-inch tires, front and rear-locking differentials, Bilstein position-sensitive monotube shocks, and a 4.7 final drive ratio. As it turns out, the Sasquatch Package isn’t necessary if you want to take the new Bronco off-roading.

Watch Also: The Ford Bronco Is Much Better To Drive On The Road Than The Jeep Wrangler

The first half of the review shows the Bronco being driven up the trail while the second half shows it being driven downhill. Farah and his co-host Zack Klapman test out a host of the Bronco’s available off-road modes, including the 1L mode that can be used just like hill descent control when going down steep hills. At one stage, the duo hit 30 degrees of lean angle when descending a particularly difficult section of the trail.

If this video proves anything, it’s that shoppers don’t necessarily need to buy a high-end Badlands or Wildtrak model if they want to go off-roading. In fact, a mid-level model like the Outer Banks might just be the perfect middle-ground, offering levels of ride quality and comfort on the road that models with the 35-inch tires won’t be able to match while also being capable off the beaten path.