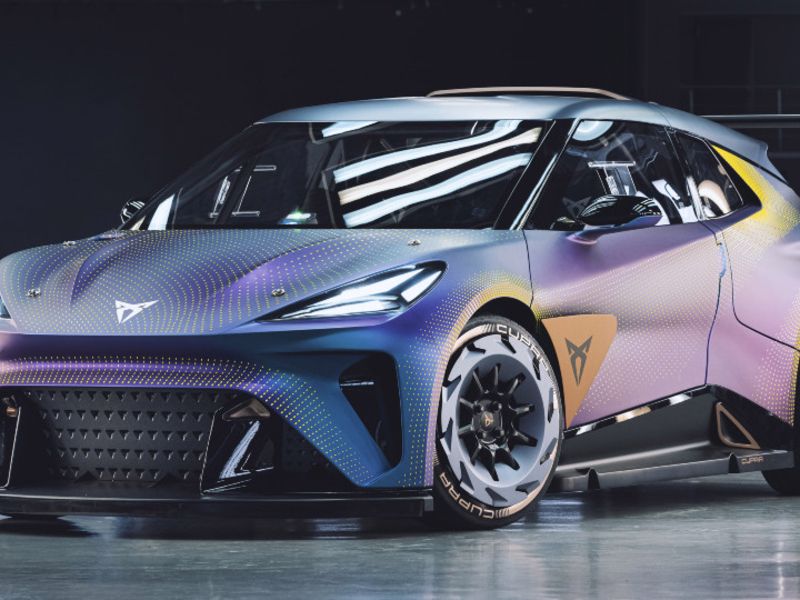 MUNICH — Seat will not get a small battery-powered car from Volkswagen Group’s MEB-Small electric platform.

The production versions of the Cupra UrbanRebel  and VW ID Life are expected to be built at Seat’s factory in Martorell near Barcelona, along with a version for Skoda. The planned annual volume is 500,000 cars.

But there will not be a Seat version.

“We cannot do everything at once,” Wayne Griffiths, who leads both Seat and Cupra, told reporters at the show.

Seat has two strong brands in Seat and Cupra, but to stand out with an entry-level EV,  “something different” is needed in the form of an “emotional electric car, which looks great and is fun to drive,” Griffiths told reporters at the show.

The CupraRebel concept has a race-car design inspired by motorsports.

Cupra will begin sales of the Born, its first full-electric car in November.

The compact-sized Born is underpinned by VW Group’s main MEB platform, which also underpins the VW ID3 hatchback and ID4 crossover, along with the Skoda Enyaq and Audi Q4 e-tron. Originally the Born was intended to be badged as a Seat.

Cupra, which will become an electric-only brand by 2030, will launch the Tavascan full-electric compact SUV in 2024 as its next model after the Born, followed by the UrbanRebel-based model and then a future SUV.

On the question of electrifying the Seat range, Griffiths refused to be drawn, but said that after 2025 “there will still be demand for combustion engine cars, and specifically for plug-in hybrids.”

He added that the group will offer mobility services with the Seat brand, as its younger-than-average customer base often shuns car ownership.

Griffiths said both brands would continue “until the end of the decade” and added that whatever happens after that will depend on how fast the electric market develops.

One Seat model whose fate hangs in the balance is the small Ibiza hatchback. When the Martorell plant where the Ibiza is built becomes a hub for building small EVs from 2025, it is not clear what will happen to the Ibiza.

“Obviously we want to electrify the Seat Ibiza segment with a small EV based on the VW platform. That segment will become electrified from 2025 onwards,” Griffiths said.

Combustion-engine cars will continue to be sold in parallel as long as there is demand for them,” Griffiths added.

The Ibiza is currently Seat’s third most popular model after the Leon compact hatchback and the Arona small SUV, according to JATO Dynamics.

Any possible phase-out of Seat models, however slow, will put pressure on Cupra to fill the gap.

But already, Cupra is gaining ground against its sibling brand.

The Cupra Formentor compact crossover has sold 35,000 units so far this year and was the most popular model from either brand in Germany, Seat’s largest market.

“We wish we could deliver more, but supply was constrained by the chip shortage,” Griffiths said.

Fifty percent of the Formentor models sold were plug-in hybrids, he added.