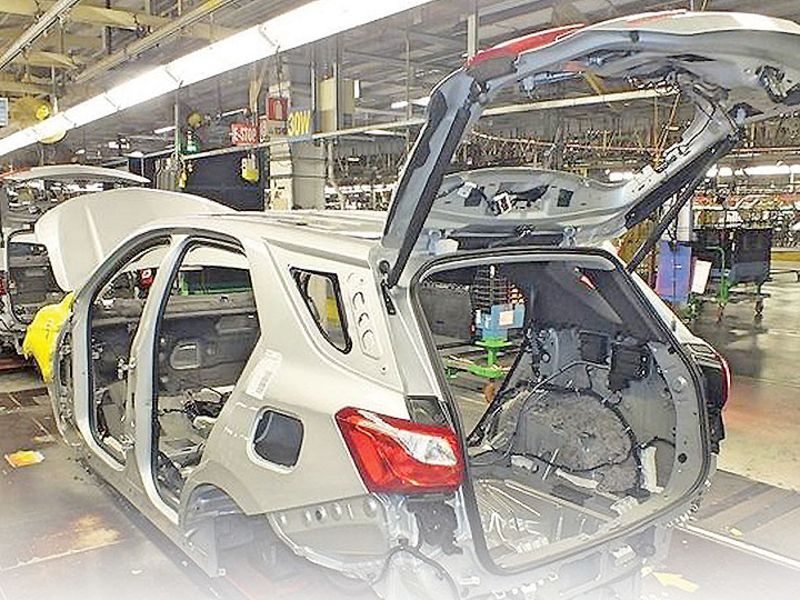 In a bid to get important products to the market faster, General Motors accelerated the timetables for billion-dollar investments at two Canadian assembly plants, CAMI Assembly and Oshawa Assembly.

But to do so, GM has taken unusual steps to get the plants up and running sooner.

In July, GM confirmed that German supplier Kuka will handle initial production of GM’s new EV600 electric commercial van at a plant in Michigan in an effort to fulfill an order from FedEx. GM will then end production of the Chevrolet Equinox at CAMI, in Ingersoll, Ontario, in April and begin full EV600 production there in November 2022 — about a year earlier than originally planned.

Kuka is expected to build fewer than 500 EV600 models by hand starting in October. After that, Kuka, a tooling producer that supplies assembly equipment to GM, will ship the equipment needed to make the EV600 to CAMI.

Doing that will “dramatically reduce the time needed to convert” the plant, GM Canada said in a statement.

“It’s a unique situation because [GM is] launching new products in a new market,” said Sam Fiorani, vice president of global vehicle forecasting at AutoForecast Solutions. “Electric commercial vehicles haven’t been done, and they’re looking to get them out as soon as possible.”

GM also moved up the timetable to begin production of pickups at Oshawa Assembly, near Toronto — from the beginning of 2022 to the fourth quarter of 2021. Oshawa previously phased out its vehicle assembly operations but was given new life to help GM capitalize on a hot truck market.

“Anything we can do to get this product up and running sooner rather than later has always been on our minds,” GM Canada President Scott Bell told Automotive News Canada in May. “Right now, we need what we [build] in Oshawa, and we need it fast.”

Just as it is doing at CAMI, GM is shipping equipment and machinery from Michigan to Oshawa. But COVID-19-related U.S.-Canada border closures forced the automaker to get creative to meet its production timelines, Bell said.

“We’re building replicas of the plant and the body shop in Detroit and shipping parts across the border and reassembling them here,” he said. “There’s a lot of activity that’s all new to this group, but I would say a combination of our experts in Detroit, as well as the folks on the ground here in Oshawa, are really coming together to make this happen.”

CAMI currently builds the Chevrolet Equinox crossover, which is also assembled at factories in Mexico. But the Canadian plant line has been halted for large portions of the year because of the microchip shortage.

GM plans to begin mass EV600 production at CAMI on one shift in November 2022, increasing that to two shifts in 2023 and, potentially, three in 2024, depending on market conditions.

“It’s great for job stability,” Van Boekel said. “It’s just that the next year and a half is going to be a bit of a rough speed bump” until the investment is complete.

Though GM has taken unusual approaches to the CAMI and Oshawa investments, the advanced timetables show the automaker’s commitment to those projects, said Fiorani.

“Nobody’s really tapped into the commercial market yet for electric vehicles, and GM would like to be the first,” Fiorani said, referring to the CAMI investment. “It looks really good on GM to step up and make sure that the market knows that they’re on top of the changing industry.”

But longer-term questions linger about CAMI — namely, how large of a customer base GM will find for the EV600, and how it will compete in coming years against companies such as Ford and Rivian, which also have their sights on electric commercial vans.

“We don’t know what’s on the other side of this,” Fiorani said. “If GM is correct and there are so many clients out there waiting to take an electric van along with all the other commercial applications for electric vehicles, this will be great for Ingersoll. Unfortunately, we don’t have those answers.

“The potential is great,” he said. “But the downside is great as well.”

GM has estimated that the U.S. market for parcel and food delivery vehicles will climb to more than $850 billion by 2025. And it has earmarked funds to carve out part of that market.

In June, the company boosted spending on electric and autonomous vehicles by about 30 percent to $35 billion and accelerated plans for two U.S. battery cell plants to support them.