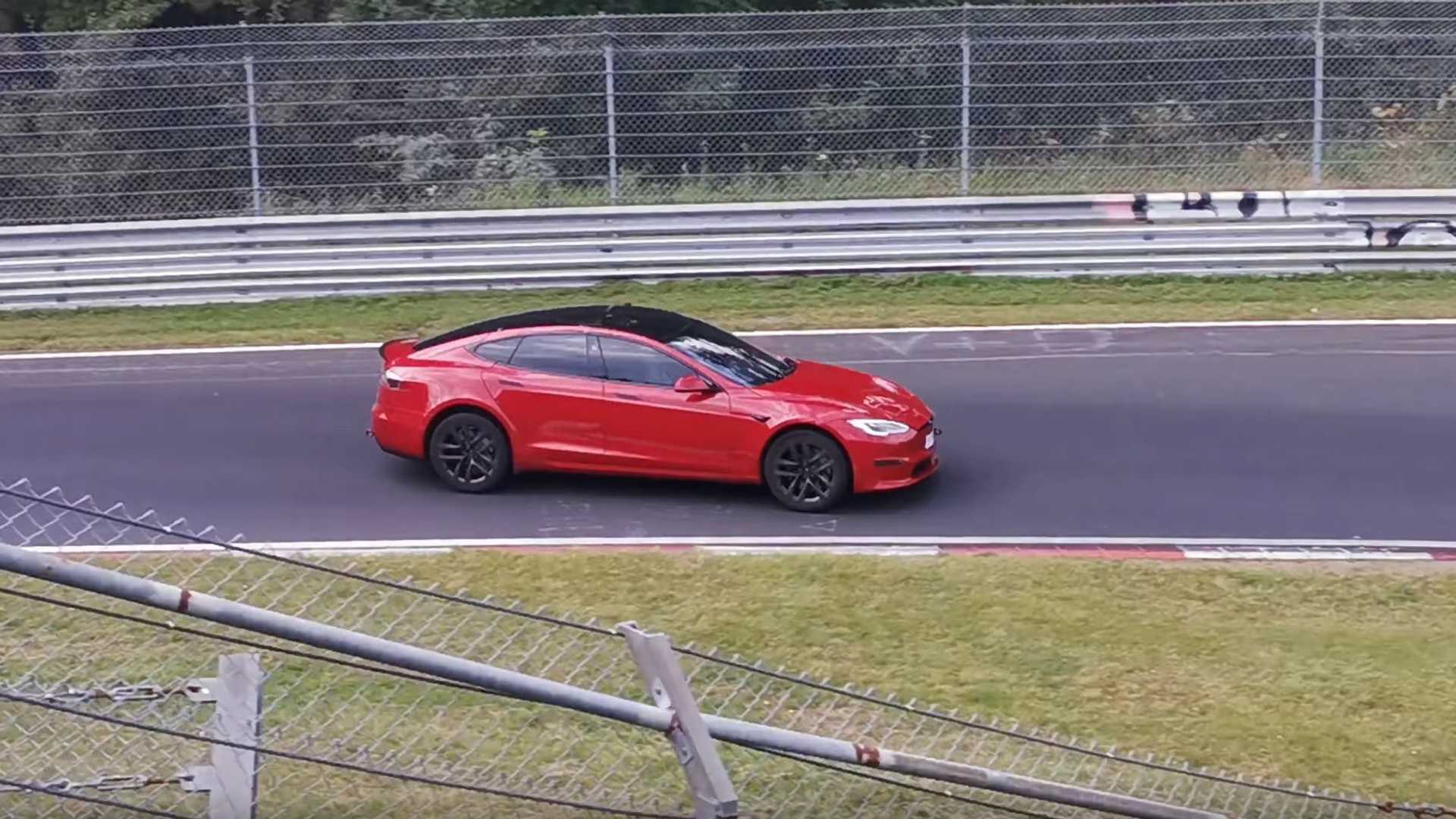 Finally, the production version of the Tesla Model S Plaid (unmodified) set on September 9, 2021 a new record for production electric cars on the Nürburgring Nordschleife track (the 20.6-kilometer course) in Germany.

Above we can see a video from the record runs, provided by Touristen Niko, who recorded the cars at a few locations along the course:

“Today I visited the legendary Nürburgring Nordschleife as there have been rumors that Tesla is attempting to do a lap record with the all new Mordel S Plaid. I managed to film both cars (a black and a red one) and various sections of the racetrack.”

The previous record for production electric cars - 7 minutes and 42 seconds – belongs to the Porsche Taycan Turbo. It was set in August 2019.

Tesla’s huge achievement has its roots in 2019 when a prototype of the Plaid reportedly clocked a time of 7 minutes and 13 seconds.

Most recently, one of the Plaid cars crashed at the Nürburgring Nordschleife, which indicates that the cars were pushed to its limits.

There are still some conventional production models that are quicker, but not that much: four-seat Mercedes-AMG GT63 S (7:27.800) and two-seat Jaguar XE SV Project 8 (7:23.164), according to Drive. Significantly better times are set by 2-door sports cars or prototype/racing vehicles. The list of Nürburgring Nordschleife is available at Wikipedia.

Elon Musk notes that the Tesla Model S Plaid was completely unmodified, including the tires.

Soon, we will probably see a noticeably better time if someone will modify the car – aerodynamics, brakes, tires and other things.

“Next will be modified Plaid with added aero surfaces, carbon brakes & track tires (all things that can be done without Tesla being in the loop)”

In a separate tweet, Elon Musk said also that within a few weeks the Plaid will get a Track software update: