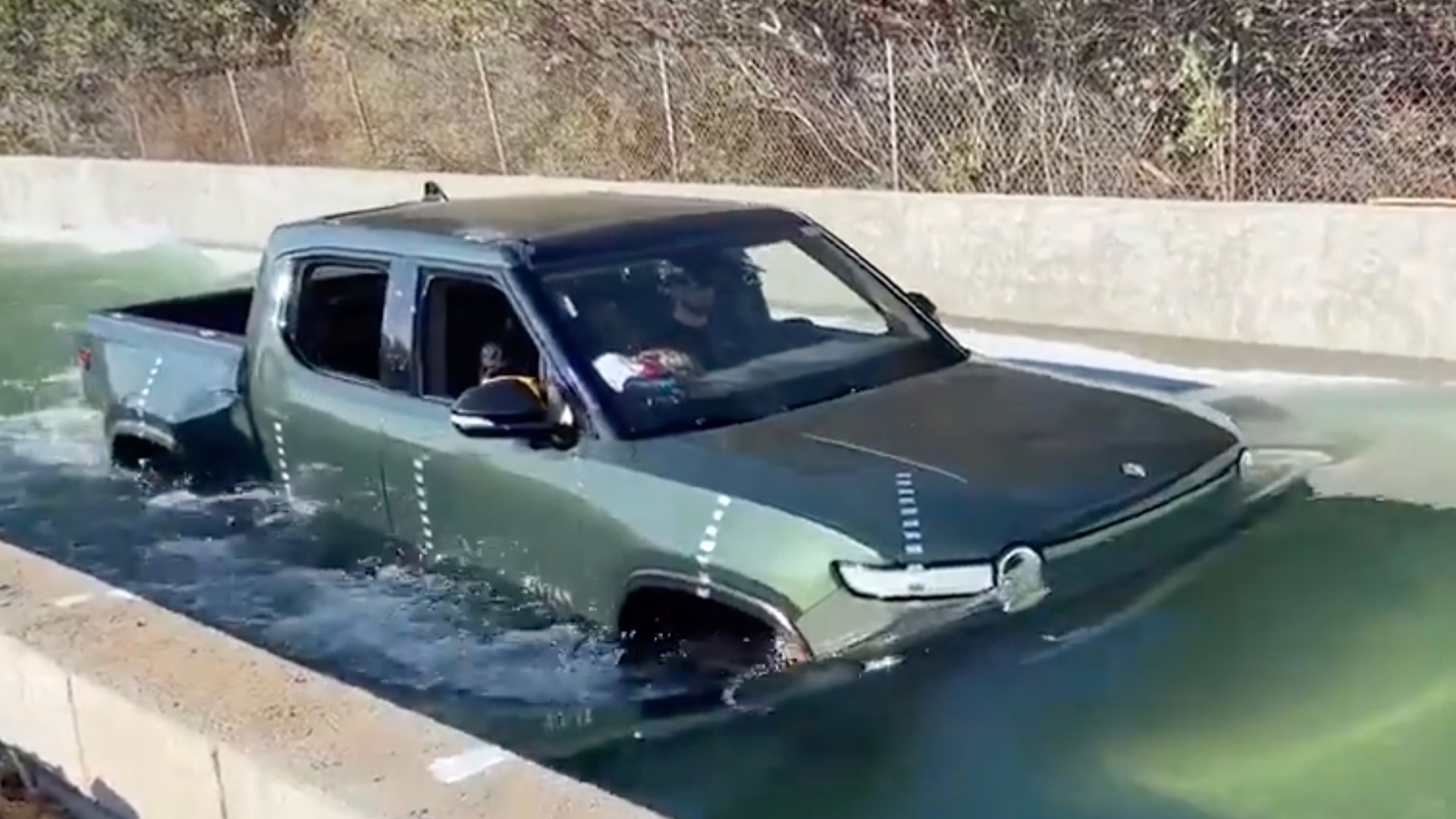 Any self-respecting off-road vehicle comes with impressive water-fording capability, something Rivian CEO RJ Scaringe showed off in a recent video posted to Twitter. It shows a Rivian R1T wading through water nearly up to the top of its hood.

Rivian’s website lists a wading depth of more than three feet but, as the saying goes, seeing is believing.

The EV startup also quotes a 34-degree approach angle, a 29.3-degree departure angle, a 25.7-degree breaker angle, and a maximum of a whopping 14.9 inches of ground clearance for the R1T electric pickup truck, its first production vehicle for the retail market.

Our engineers going for a quick dip! pic.twitter.com/1FYukLXXZl

Rivian plans to launch the R1S SUV shortly after the R1T. Based on the same skateboard platform as the pickup, the R1S gets the same quoted wading depth and ground clearance, plus seating for seven. Other off-road-relevant specs include a 34.3-degree approach angle, a 33.7-degree departure angle, and a 28.9-degree breaker angle.

Both vehicles were unveiled in concept form at the 2018 Los Angeles auto show, and began taking pre-orders late last year. The company has raised $10.5 billion since 2019, and counts Ford and Amazon as investors. It also has vehicle-development deals with those companies—including electric delivery vans for Amazon—and appears to be planning an initial public offering (IPO).

Yet aside from a handful of those Amazon vans, Rivian hasn’t delivered any vehicles to customers yet. R1T and R1S deliveries were originally scheduled to start toward the end of 2020, but the coronavirus pandemic pushed that back to summer 2021. Rivian then confirmed another delay, pushing the first R1T deliveries to September 2021, with the first R1S deliveries expected to start shortly thereafter.

Brand New 2023 Ranger Rover Decapitated After Falling Off Car Carrier And Colliding With Honda
I was going to wait to get an EV, but the time to switch is now
Jefferies analyst Philippe Houchois to speak at Automotive News Europe Congress
Torrence leads Top Fuel qualifying at Bristol
In The Pit with 3GT Racing