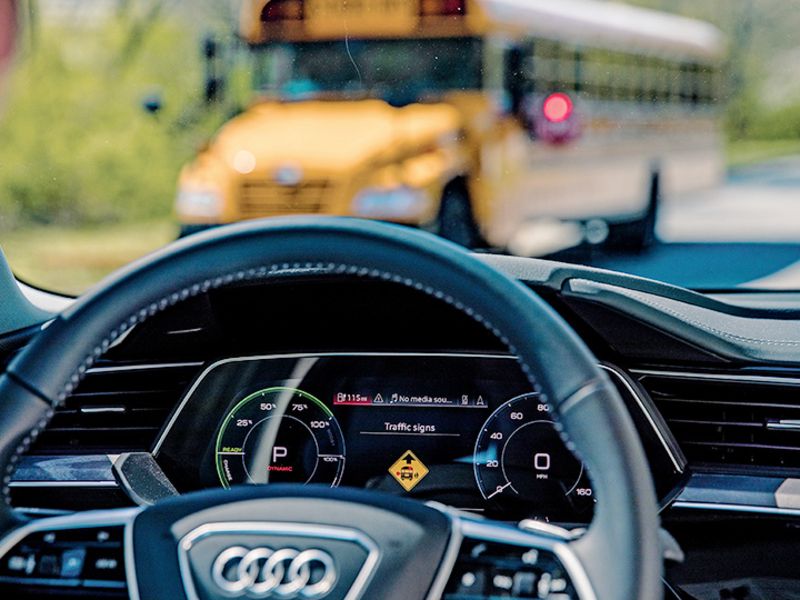 Audi wants to deploy in more areas a technology that, among other things, enables its vehicles to alert drivers when they are nearing school zones.

The luxury brand made progress on that this year, during its initial experimental deployment of cellular vehicle-to-everything technology — known as C-V2X — throughout Alpharetta, Ga., and the Fulton County School System.

Such technology uses 4G LTE or 5G cellular networks to transmit wireless signals between vehicles and objects such as traffic lights and pedestrians’ phones, allowing the vehicles to assess the environment they are in.

The companies found both the Blue Bird bus and roadside units succeeded in sending signals to the equipped Audi, giving drivers visual warnings and audibly signaling them to slow down.

Audi also realized that installing C-V2X antennae on the driver’s side of the bus led to the widest possible transmission of C-V2X messaging.

“What we [and our partners] have been able to do is really dig into final questions that must be answered when C-V2X begins to appear in production vehicles,” Audi spokesman Jacob Brown told Shift in an email.

Of 130 connected traffic signals dotting Alpharetta and its outlying radius, 58 are equipped with C-V2X. The city could see wider-scale C-VX2 deployment over the next few years, Brown said.

Federal Communications Commission regulations permit C-V2X deployment only under experimental licenses. Brown said that may change if the regulatory agency adds clarity to its 2020 ruling in which it allocated a portion of the 5.9-gigahertz spectrum to C-V2X applications.

Audi is in discussions with potential partners across the U.S. for new initial deployments, Brown said.